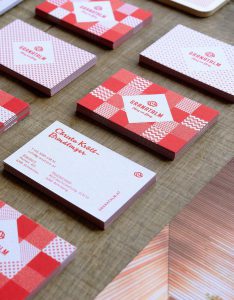 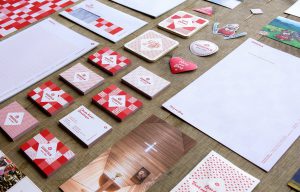 The popular Christas Skialm in the Zillertal valley was demolished and has been rebuilt in a modern style by the owners, whose ancestors were garnet miners. In order to fit into the overall concept of the garnet theme the name had to be changed into Granatalm (garnet-alp). The hospitality of the former ski alp and the new modern architecture must be reflected in the corporate design. These values are even featured in the logo. To show the diversity of the alp, we created strong corporate design elements. We used the colour red which is delivered from the garnet as well as it is the colour of the province Tyrol and the nation Austria. Furthermore a mascot, which should especially attract children, called “Penken Pepi” was born.